It was quite an untraditional New Year’s party – it was combined with the celebration of a copper wedding, and my friend Sylvester invited me to join it. We both realized that we’d never gotten drunk together, so that had to be changed :p 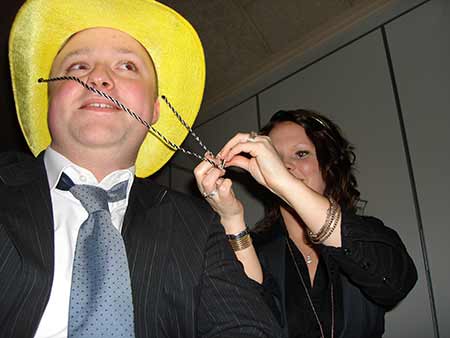 My friend Sylle and the magic cowboy hat, hehe. That’s his cousin tying the knot there.
The location of the party was also kind of weird – a village hall in the middle of fucking nowhere (Hågerup on Fyn) *Gg* But the fact that it was “isolated” like that, just added to the absurdity… and I liked it :p 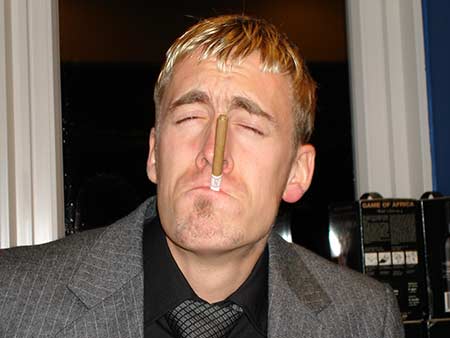 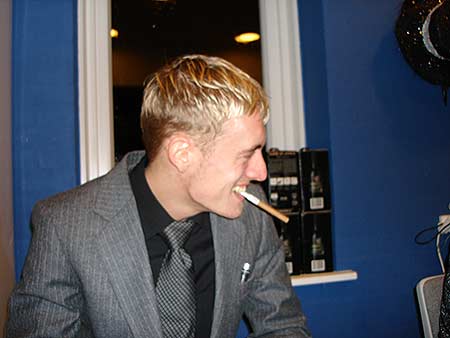 Sylle picked me up in Odense and we drove to Horne to his parents place, after having bought a fairly large amount of alcohol (some Vodka, Kaluha & milk etc). Hmm, I think I owe him some cash for that actually. 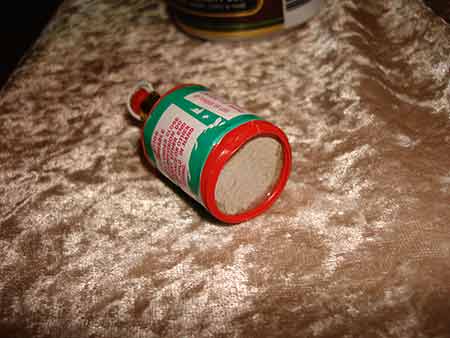 This is the only fireworks I had… and some kid stole it!
There were around 40 people of all ages at the party. The food was great, but I think i ate a little too much (and let’s leave it at that!). 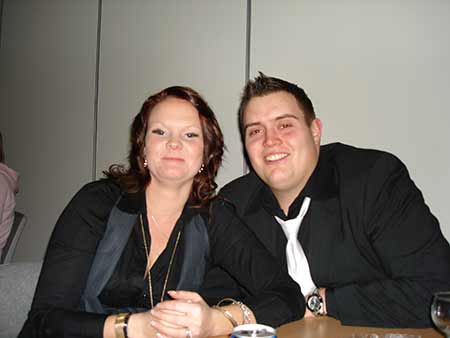 During dinner, I noticed that there was a phone number engraved on my spoon. So, naturally I decided to call them up to complain about the quality of the spoon :p They didn’t pick up the phone, but I pretented to have a conversation anyway, which totally cracked up the others. Come to think of it, it was probably for the best that I didn’t get through to them, hehe. 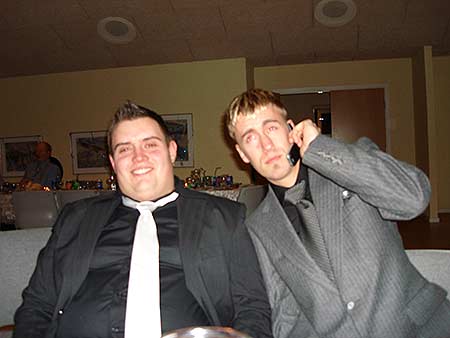 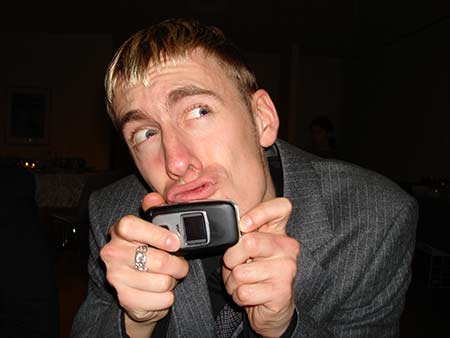 As the night progressed, so did my drunkenness… My friend Sylle told me that I’d disapeared for an hour or so, and that they’d gone looking for me. They found me sitting in the toilet (half asleep?). I remember going in there, but it didn’t seem like an hour to me… damn, I hate it when that happens. A complete waste of party-time, hehe. 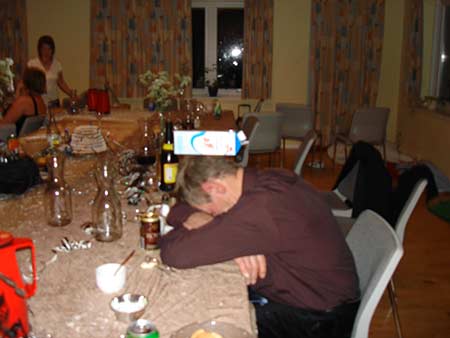 This is SO weird. I can’t tell if the milk is lying on his head or if it’s behind him on the table…
Hmm, I wanted to dance but I never really came around to it… There WAS a disco though. 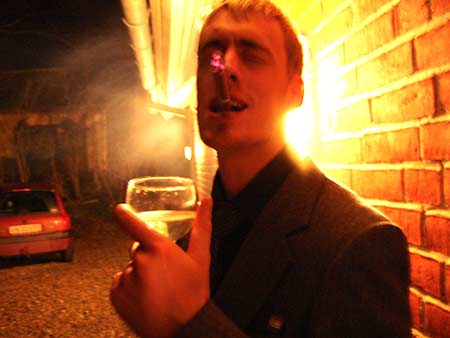 Smokin’ a cigar at 00:00 hours :p
One second past midnight I tried to call my friends to wish them all a happy New Year, but the network was dooooown! Also, I tried to call Marjetka a couple of times. I wonder where she was at. Some crazy wild party probably!

Suddenly there was a cap, and we drove home. Fortunately my mom was home, so I crashed there. Literally, I crashed on the floor in the living room… 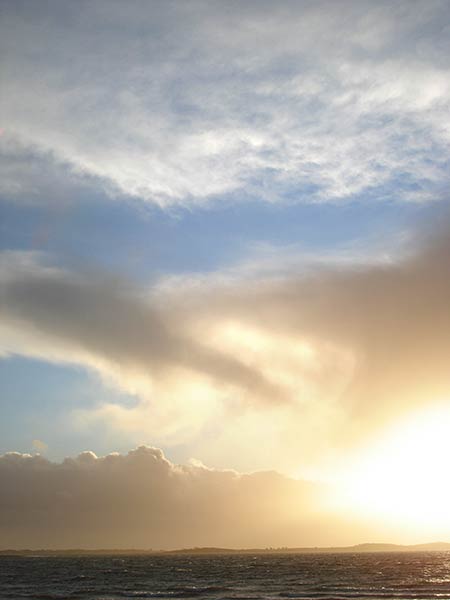 The morning after at my mothers. We walked to the beach to get some fresh air. It was really stormy and the waves were wild! I LOVED the colors of the sky – dusty gold with a spark of blue. Perfect weather for a hangover. 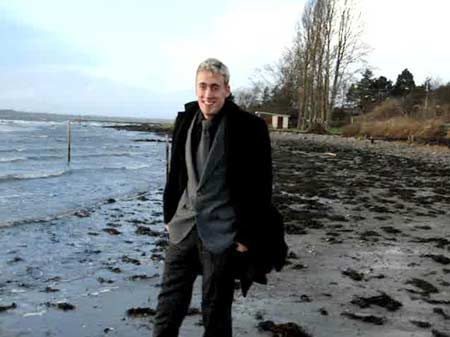 This entry was posted in Dagligdagen. Bookmark the permalink.