Spell “busy” for me!

Gosh, there’re SO many things going on for me right now! First of all, I’m moving to Viby at the end of this month (with all the preparations / paperwork that includes). Then there’s this animation I’m going to work on for Bazh for his stage show. AND there’s an evaluation coming up (either the 24th, 25th or the 26th) which Anders and I will prepare for. It’s going to feel really weird not living in Kolding anymore… not to be able to just go home when I want to. Well, the new place will be my new home (temporarily).

Oh, this friday we were out in town once again :p I totally forgot to write about that! Hmm, to be honest we weren’t all that lucky with the music at all. I guess that’s Pitstop for ya’ – sometimes it rocks, sometimes it sucks ;) It’s a gamble, but who doesn’t like to gamble once in a while?! :p

This time we started out at Jens and Jonas’ crib behind the cemeteri. Damn, when I saw that blue door I had some serious flash backs… Well, enough about that!! I’m probably the only one who gets it… and one other person… 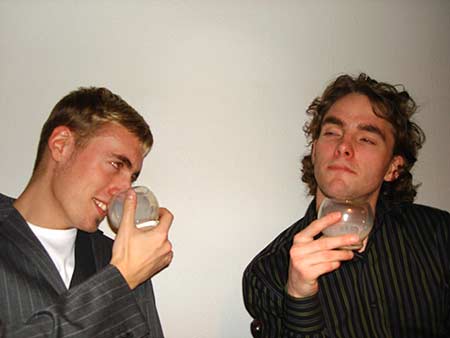 Jonas and I tastin’ the “goods”. It was kind of like a jungle version of Baileys (don’t even ask!). Cool glases though – they tilted :p 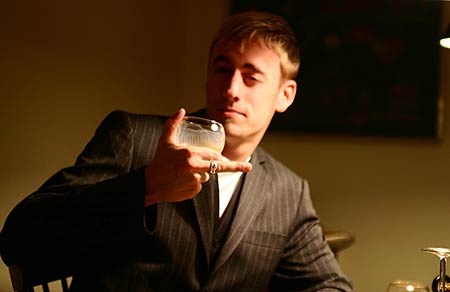 I like the lighting on this one. Godfather-style :p 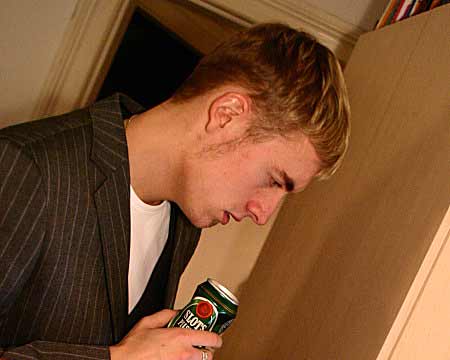 I got my pants back from the tailor, so I wore the complete suit I bought of the money I won from the video competition. It felt really good, so I can now officially announce that it was a good buy :D

This entry was posted in Dagligdagen. Bookmark the permalink.

One Response to Spell “busy” for me!